50 SHADES OF HATERS- I MEAN GREY 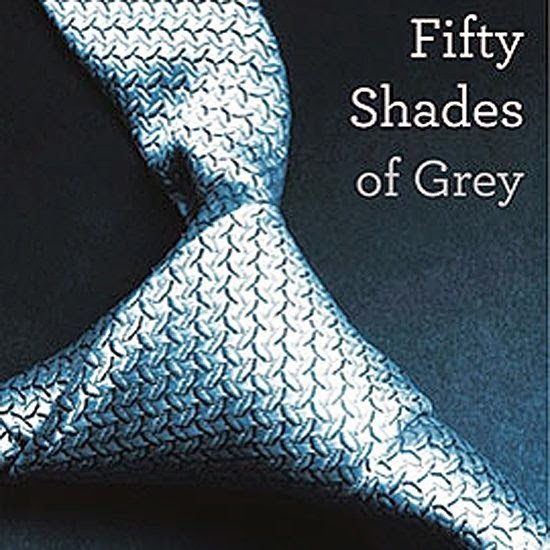 LMBO! I have seen more uproar over this book and movie. It is 100 % hilarious to me that people take things so seriously. I've yet to see my male friends promote this book or movie as anything interesting. It's the women I know who are loving it. I haven't read the books and I will not get to see the movie tonight with my girlfriends and my daughter and their daughters- because I'm out of town. No movie or book has ever made me try to be something I'm not, that I didn't already have interest in being. And I am raising my daughter to be herself as well. I personally know plenty of women who apparently enjoy what this book is promoting. Not because they are victims of someone forcing them to do so, because it's what they desire. It doesn't make them bad people. It's strictly their preference. And most will tell me that it isn't every day routine in their sex lives, but occasional, and fantasy. Get a grip, people. I'm watching Bad Boys right now, and so far I have no desire to be a hooker, a cop, go on any high speed car chases, shoot at anyone, or become a drug lord. And guess what? I'm still enjoying the movie.
Anyone claiming this movie is promoting the wrong message, is obviously susceptible to being a victim. Grown- ass women aren't so stupid that this movie is going to hurt them. If they watch it and want to go home and get handcuffed to their bed, so be it. What this movie is promoting is clearly what some audience wants to see. Our daughters aren't stupid, either. I raised my daughter to know how to handle herself in her own individual situations. And the character in this movie isn't the first girl to have a relationship with an older billionaire.In the movie and in reality!! That includes male and female.

What these people are actually saying for women is quite opposite from what they think they're saying. They're certainly not giving women, young or old, any credit for making their own decisions. As if we're a bunch of mindless bodies roaming around following whatever the movies and books tell us to. If that's you- you need to talk to someone about it. Otherwise, the rest of us strong, independent thinking, decision making, capable, sex having women, will see whatever movie and read whatever book we choose. And thanks to all the negative hype, the movie will now probably make $9 from me just so I can see if I can leave without becoming a victim.
Enjoy, Barrelassers  ;)