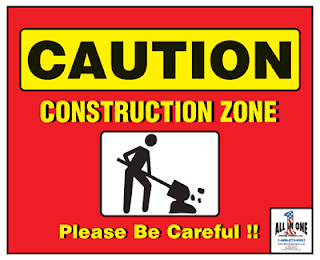 When my husband recently suggested to our twenty year old son that he may actually be digressing, I thought it sounded silly. He has met with The National Guard recently and has his ASVAB scheduled, and is looking into college through the Military. But this, could be a clue.

I'm smack-dab in the middle of re-arranging  some things in the house and I thought I would take a look at my son's desk.

Clue #1) The desk is sitting in the middle of his room and used to pile clothes on. I told my son I wanted to look at it to see if I got an excited feeling when I looked at it. If so, I may want to use it. If not...I would leave it. After I looked at it, my son brought up something he had discussed with me awhile back.

Clue #2) Not so long ago he told me that pretty soon he plans to turn his room into a construction zone and not let anyone else in to see until his project was complete.

Clue #3) His project could not be built anywhere else and brought into the room- it was too big and had to be built inside the room.

Clue #4) He never started the project.

Today he decided to indulge me with all of the details surrounding his "one upon a time project." He told me that he had originally planned to build a platform for his King Size bed. He wanted to build it about five feet high. Underneath the bed would be all the free space he needed for other things he wanted for his room. Also- there would be a curtain to open and close so that no one could see this "free space" underneath the bed. It was then that I put all the clues together and said to my son, "so, you want to build a fort?" He tried to explain why it wasn't a fort, but trust me, it had all the makings of a fort.