I was Michael Jackson's girlfriend when I was little. He didn't know it, but I  sure did lol. Our love was held together by zippered jackets, shiny gloves and countless hours of trying to moonwalk. I must have driven my mother crazy playing and re-playing the same Thriller album over and over and over.

One Christmas, my mom got me the Michael Jackson doll, along with the Dolly Parton and Elvis doll. What a combination. I also received the Barbie McDonalds that same Christmas. Michael Jackson regularly worked at McDonalds and sold Elvis and Dolly Big Macs. In my house, you could wear a shiny glove and work the register.

The Paparazzi  never bothered Dolly and Elvis. After all, back then, they were just Barbie's parents. I had the Marilyn Monroe doll as well and she was Michaels girlfriend at McDonalds. That was one happening burger joint!

In all seriousness, I remember so well the day my mother called to tell me that Michael Jackson had been rushed to the hospital, not breathing. I literally remember being in the carport of my friend's house, loading kids into a car, about to be on our way to an outdoor concert to have some fun. I'm pretty sure I first felt like this was one of those days that I've always known was coming. Then I quickly went into denial and spoke to mom as if she was over re-acting, and things were fine.

A short time later, in the drive-thru of  Taco Bell, we had the radio on with all the breaking news and my mom calling me back and forth trying to update me, I clearly remember them stating that Michael Jackson had passed, then instantly they weren't sure, then again, they had confirmed it. My little heart dropped to my stomach and I fought the tears, not wanting to seem ridiculous to everyone else in the car.

We went about our day at the show, only mentioning it occasionally, like how sad it was and such. Then I ended up marrying the TV so that I was able to keep up with every single piece of MJ coverage. I watched the entire funeral with a box of Kleenex and just sobbed. My tears were no match for such a touching and sad televised event. RIP Michael Jackson, King of Pop :( 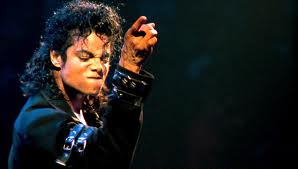